Having worked with small and medium business in the last few years, one of the mistakes I see a lot of businesses make is their lack of branding. Small mom-and-pop businesses choose not to have a logo, branding, or any presence online and are just a small commercial space with a barely visible sign over their shop. Sometimes, these businesses don’t even have a sign, and would only cater to the locals or those even aware their shop exists.

It’s an acceptable practice if you have friends and family who patronize your store, if you live in a small community where everyone knows your business, or if you’re a business that doesn’t really have potential customers actively looking for your store (e.g. a small general store they’ll see and buy from you instead of having to travel further to a store they know). But this is rarely ever the case.

And considering that almost 81 percent of shoppers do their research on a business before shopping (e.g. Yelp and TripAdvisor) and 62 percent of users search small businesses on Facebook before shopping, it’s necessary to be visible to potential customers, and that involves getting an effective branding strategy, which also includes an effective and memorable logo.

Why Logos Are Valuable

Looking at the most popular logos today – McDonald’s, Coca-Cola, Apple, Nike – it’s easy for nearly everyone around the world to identify a brand partly because of their logo. It’s not simply by chance, though: these logos were created with the intention of becoming recognizable. 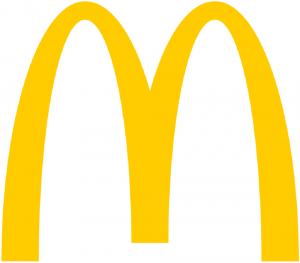 Today, just looking at their logo automatically makes you think about their Big Macs and McFlurry.  And it’s the same when you look at Apple and think about a Mac or Nike and you look down at the shoes you’re wearing. It’s because their logo is distinguishable, and when people see it, they won’t mistake it for anything else. And when a large audience recognize your logos, they remember your products and your quality – and they remember to buy from you. And when memorable brands are earning billions of dollars in sales, it shows just how important it is to be recognized.

When Pepsi rebranded their logo in 2014, the logo alone cost a million dollars. But for Nike, their timeless logo cost the co-founder $35. While international corporations with billions to spare spend more to get a team of creative directors, art designers, and hundreds of focus group participants to develop an effective logo, small to medium businesses don’t have the same resources.

Logos for Small to Medium Businesses

Anyone can make a logo for their business (Google’s first logo was made by the co-founder using GIMP), but it takes a graphic designer with experience and knowledge in art elements to produce an effective logo that reflects the store’s nature.  An ideal logo can perform the following:

Be Striking and Clear 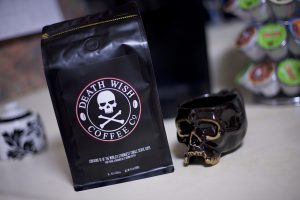 Take a look at the logo of Death Wish Coffee, a business selling what they claim to be the world’s strongest coffee. Their skull and crossbones play up on the “death angle” but still helps customers associate their brand with coffee. According to Active Campaign, the business decided on the logo when they found out that there was a market of people who didn’t care about coffee brands that promoted taste – they just wanted to feel more awake. So, their exaggeration of its effects is striking (no other coffee corporation advertises their coffee being so strong, it’s literally a health hazard), but it’s also clear they’re selling to people who want to be kept awake. It’s also pretty memorable, something important if they want people to keep coming back.

Reflect the Story of Your Brand

Your logo should stand out, but it should also reflect what your brand’s essence is. Apple’s logo went from its rainbow-colored logo to a sophisticated chrome style that reflected the color of a Mac. While it kept the logo we’ve come to recognize, changing the logo was a move that reflected what they wanted people to think when they think of their products. Another example, Baskin Robbins, reflects its 31 flavors hidden in its logo. If you look closely, you’ll see the number 31 hidden in its initials. Another reminder of the company’s original flavors.

The reason why many brands that have re-branded still retain certain parts of their old logo is because they want people to keep recognizing their brand. It’s why Google retained its multi-colored logo, and why Microsoft still has a similar four-colored square. According to a study from the University of Amsterdam, children can associate logos and products as early as the age of eight years old. So, moving forward, a business’ logo should be a calculated risk that should, in the years to come, remain relevant and recognizable.

Not all businesses have to show the exact product, especially if their store has multiple products, but it helps to show what customers are getting. Small startup business Imperfect Produce began as a way to reduce food wastage by selling produce deemed “too ugly to sell” by grocery stores that would have thrown perfectly edible food away. Its logo is a weird-looking red potato shaped like a heart. It’s simple, but it clearly shows customers what they can expect.

Using these factors, small and medium businesses can improve their branding and become more memorable. Along with a carefully planned print and online advertising strategy, having a logo helps businesses create a presence in the market, one that potential customers can find, recognize, and remember when they go shopping or require the business’ services.